Hurry to Lörrach near Basel for the exciting FABRIC-Talkshows: Park Fiction from Hamburg, ExRotaprint from Berlin, the Lörrach SAK and the Casa Gallina from Mexico present their work at the weekend in the Free Cinema, in the Altes Wasserwerk and in the fireplace room of Villa Schöpflin.

Here is your chance to take an inspiring break from Fasnet: FABRIC starts the new year with a concentrated lecture and film programme. From 8 to 10 February, prominent city makers from Berlin, Hamburg, Mexico City and Lörrach will present their projects. Before the intensive participation process for the planning of the new Schöpflin Foundation site starts on April 21st, the FABRIC team invites all interested parties to look beyond their own horizons and be inspired.

The Schöpflin Foundation plans to do a lot for 2018. With the project „FABRIC – Planning as a Platform“, the foundation wants to redesign and build on the site at Brombach railway station. In an intensive participation process, residents and everybody interested will be able to bring their own ideas into the planning and discuss them for six months from April 21. Christoph Schäfer, the artistic director of FABRIC: „Working cities and lively places are thought out, made and used by many. We believe that this knowledge should become a decisive factor in planning. This is exactly what we try to do with the „production of desires“ for the area between Hauingen and Brombach. We will pioneer a new mode of planning.“

The lecture and film series on the weekend will support this ambitious project with ideas and good examples. In November the PlanBude from Hamburg and Kamiel Klaasse from NL-Architects from Amsterdam had already been our guests. „These lectures change our point of view,“ says founder Hans Schöpflin. „In the discussions it became clear, what an opportunity the new site offers – not only for the foundation. A new centre, the new heart of Brombach and Hauingen, could be created here „.

Also this time FABRIC invited high-class guests: The Berlin artists Daniela Brahm and Les Schliesser have created ExRotaprint, a work space with a new collective ownership model that has been discussed nationwide in Berlin Wedding. Dr. Jürgen Rausch with SAK weaves together youth work, craftsmanship and education that connects Lörrach and treats the urban fabric as a social place. The Mexican Curator Osvaldo Sánchez reports on the new art venue Casa Gallina, whose programme gets it‘s direction by the inhabitants of the surrounding area. 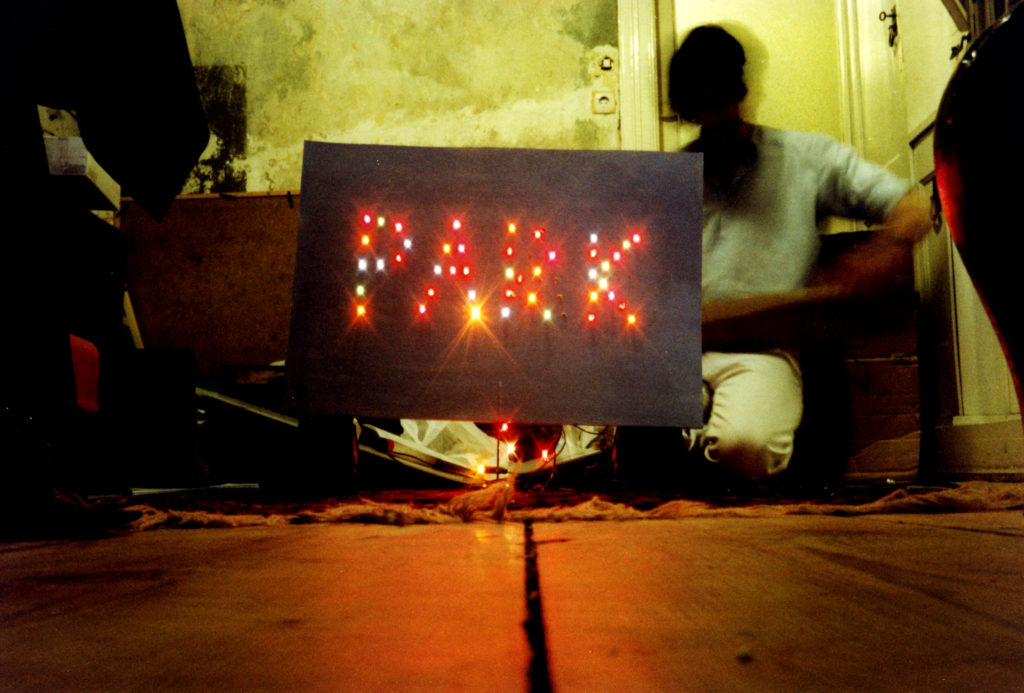 We kick-off on Thursday evening with Park Fiction from Hamburg. In the Free Cinema, FABRIC presents Margit Czenki’s film about the creation of a park that the government did not want. „Park Fiction is a self-organized group from St. Pauli, an art project and a revolutionary planning process that stopped the plans for the development of the Elbe river in the mid-1990s,“ says FABRIC planner Lisa Marie Zander.

With artistic means, the St. Paulians initially planned independently – and eventually prevailed across the board. „Today, Park Fiction is seen as an international reference model for bottom-up planning.“

Park Fiction was exhibited at the documenta in 2002, Czenki’s film was part of the installation. Today, the park is one of the most popular places in Hamburg. „Park Fiction is a role model for many alternative planning projects,“ says FABRIC planner Marius Töpfer. 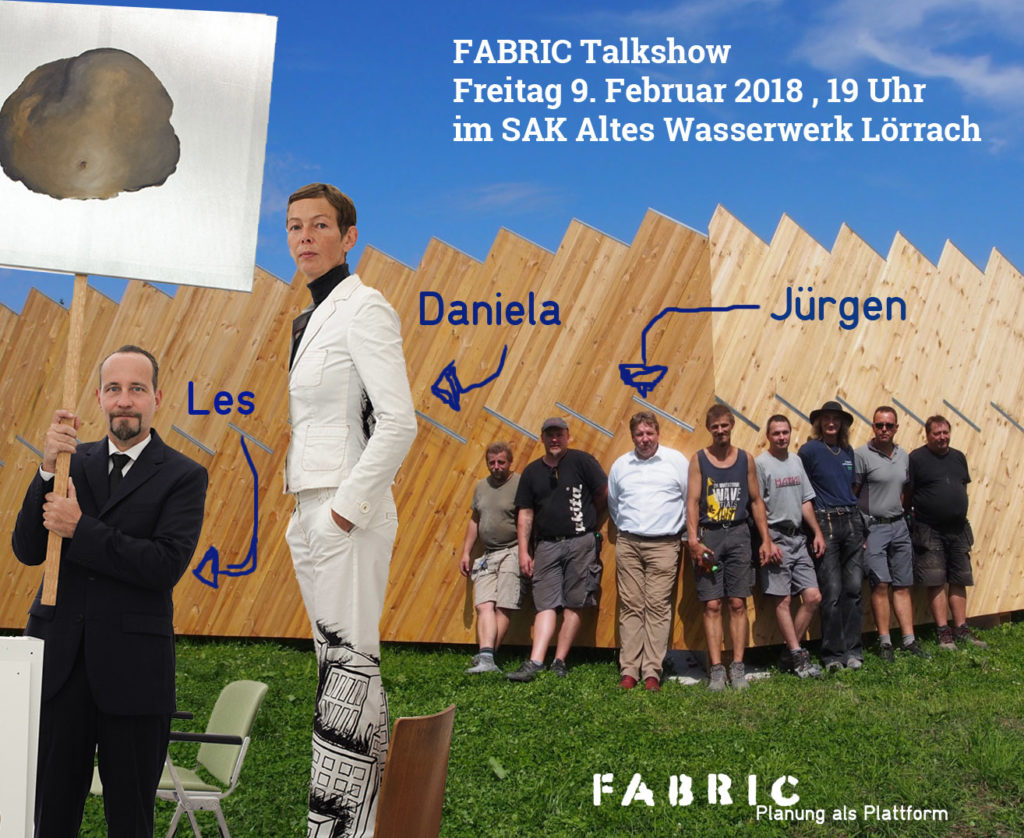 On Friday we will continue with ExRotaprint and the SAK at the Altes Wasserwerk. In 2005, craftsmen and artists resisted the sale of the ensemble they used at Wedding in Berlin. The Rotaprint company had long since left the houses, but now the sale to an Icelandic major investor was imminent. The story of ExRotaprint is more exciting than a real estate thriller. But the result is even more striking: the tenants invented a new, collaborative ownership model, succeeded in asserting themselves and now manage the entire site themselves. Although the rents are sensationally low, the income is sufficient to renovate and modernize the modern ensemble step by step. Artists Daniela Brahm and Les Schliesser tell us how this works, what this means for art, and what we can learn from it if we want to keep work in the cities:“Renting is almost like curating,“ says Daniela Brahm.

Good ideas are not only generated in the metropolises. With the SAK, the FABRIC team got to know a player who does not exist in any other big city. „The SAK Lörrach brings work, social affairs, the creation of free spaces and the critical pioneering spirit of the sixties together elegantly in one institution,“says Christoph Schäfer. „In our discussions with the SAK, we noticed that the active people there are not only doing a very good job on site, but also looking far beyond the horizon. The SAK thinks out of the box, looks at what is happening in Switzerland or Latin America and tries to transfer this experience to Lörrach.“ Dr. Jürgen Rausch has been in charge of the SAK for some time now, and will tell us how it is possible to develop a social institution with an innovative spirit, even after decades. „We are very pleased that the planning pavilion is being built by SAK Land & Bau,“ says Lisa Marie Zander. „The way in which the SAK combines social issues with work and reflection is a role model for FABRIC. We want to understand that better.“ 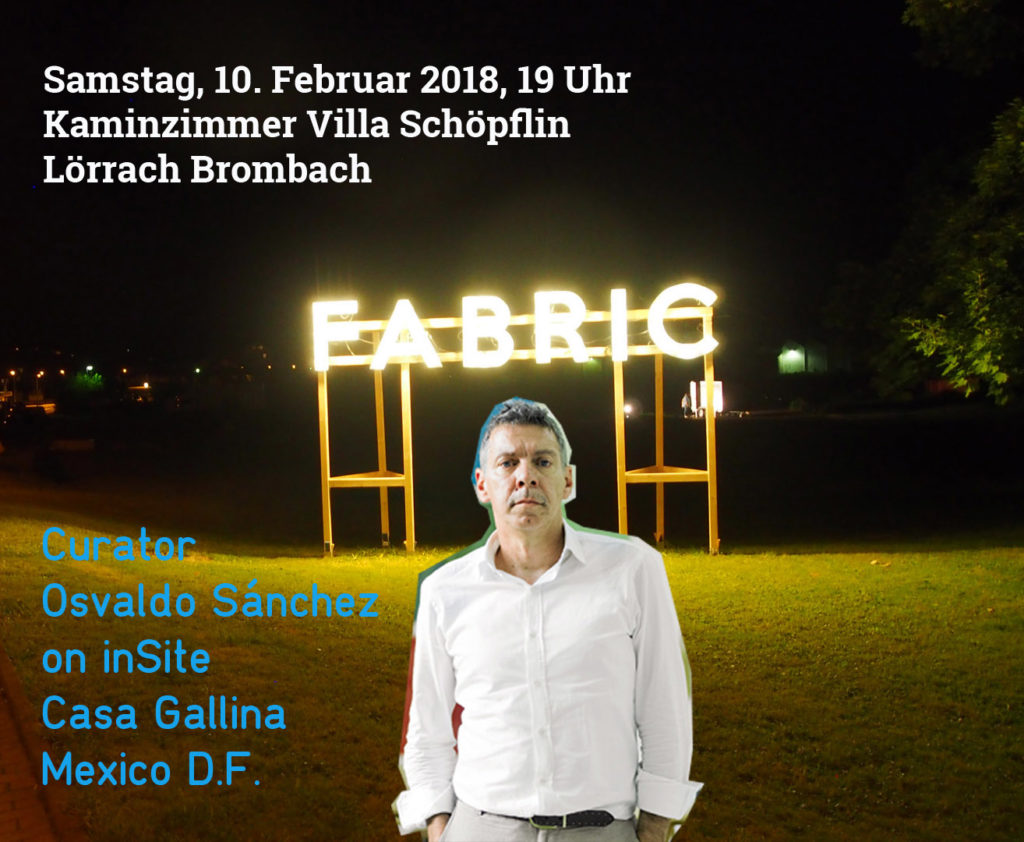 The audience as producer: The closing of this lecture block will take place on the Carnival Saturday with Osvaldo Sánchez in the fireside room of Villa Schöpflin. The internationally renowned curator has a long-standing friendship with founder Hans Schöpflin, who has been involved in the inSite project from the very beginning. „In the mid-1990s, inSite was one of the most progressive art-in-public-space projects worldwide,“ says Christoph Schäfer. „At that time, the United States had closed the border with Mexico. The cities of San Diego and Tijuana, which until then had a very close connection, were brutally separated from each other.“ InSite responded to the new border regime with a cross-border art festival that invited the pioneering artistic positions of these years and made spectacular actions possible. „This work is also interesting for the art discourse, because in Baden-Württemberg there were no comparable politically committed art in public space projects at that time. Trump’s wall plans give Sánchez’s pioneering work even more meaning and relevance today.“

For a long time, you didn’t hear much about inSite. The reason for this is that the project has overcome the festival format, has become even more radical – and has shifted its activities to a not-so-well-off part of Mexico City. Under the name of Casa Gallina, a house has been created in which art and artists are experimenting with a new role. Because here the curators are no longer the clients. Rather, the programme is based on a close exchange with the local population. „This paradigm shift is exciting for us,“ says Christoph Schäfer,“ because what Casa Gallina does with art is similar to what FABRIC tries to do with planning: The artists no longer work alone, but create a platform to create new works together with others.“